PEX has created quite a buzz in the plumbing industry and has left most people wondering what is PEX plumbing. PEX or Cross-linked Polyethylene is a revolutionary product that has only recently been introduced to the market. PEX is like a breath of fresh air in a market once dominated by galvanized pipes. If you are wondering about the nitty-gritty of PEX plumbing, we suggest you read this article till the last word. So, let’s get started!

The origin of PEX pipes dates back to 1968 when the German scientist Thomas Engle discovered it. He found that a much supple form of the already existing common plastic or polyethylene could be created through radiation. This plastic was first introduced to the US in the form of PEX pipes during the 1980s.

In the initial days, it was mostly used for radiant floor heating systems. Here, the PEX tubing was embedded in concrete slabs and had hot water passed through it. This would heat the concrete and radiate the warmth through the rest of the rooms. Although first popularized through this form, PEX applications still remain popular in the floor heating sector.

With modern innovations, scientists found out that adding antioxidants to PEX during its manufacture made it suitable for transporting drinking water. Regular testing has concluded that after this treatment, PEX meets its potable drinking water standards. As a result, PEX is now being widely used all over America to serve drinking water for over two decades.

Although PEX was already on the path to fame, leaks in the fittings and loose connections were some of the complaints received in its early days of being used in water systems. However, with the subsequent improvements, such complaints gradually died down, and the popularity of PEX increased significantly. As a result, PEX has become such an essential part of the plumbing industry that it is being used in 60% of residential water supplies.

Types of PEX Pipes and Their Uses

PEX is highly versatile in nature. It is available in various lengths, ranging from pieces of 10-foot length each to rolls of PEX reaching up to the length of 500 feet. While the former is used for small repairs, the latter is used for installing the entire water supply system of a home.

Its diameter can be anywhere between ⅜ to 1 inch to suit your various needs, and its color-coding system clearly helps you understand what each pipe is used for. PEX can be classified based on two systems- color and the type of labeling.

Classification Based on Color

Although this is not exactly a proper classification, it can still be considered one because it tells the user which pipe carried hot and cold water. Classification Based on Manufacturing Procedure

PEX rolls are generally labeled as either A, B, or C type, based on the manufacturing process they undergo. The following are the main classifications of PEX-

Although more expensive than the B and C types, they are mostly worth their price. Depending on the brand and diameter, a PEX measuring 10 feet in length can range from $3.50 to $7.50. Flexibility is one of the only advantages that PEX A has over the other two.

Depending on the brand and diameter of the tube, PEX B ranges in price between $2.50 to $5.50. Besides that, one of the premier qualities of this type is its greater resistance to chlorine. This is an added benefit when it comes to transporting highly chlorinated water.

In addition, its stiffness also makes PEX C more susceptible to developing cracks when water temperatures reach below the freezing point. All of these features make PEX C an ideal choice for only short repairs where bending the pipe to fit sharp corners of buildings is not necessary.

The available sizes of PEX pipes can be distinguished according to their diameters and lengths.

The Most Common Diameters of PEX Pipes

Half Inch: Mainly used for making branching lines for supplies, it is the most common diameter that DIY plumbers use for their projects. Branch lines in plumbing supply water from the main pipe to bathroom and kitchen sinks, showers, flushes, and bathtubs.

The Most Common Lengths of PEX Pipes

PEX pipes are found in a large variety of lengths- both short and long. PEX pipes of 4 to 10 feet, which are ideal for DIY home plumbers, are widely available in the market. Apart from that, PEX pipes of lengths ranging from 100 to 500 feet are also available for use by professionals.

These lengthy pipes are instrumental in building the entire plumbing system of huge residential homes. They run through numerous supply points and branches to meet different supplies throughout the building.

Pros and Cons of PEX Pipes

Although introduced in the 1960s and accepted by most major codes for plumbing and building, there might be a few problems. According to the law of the area you are located in, there might be particular requirements or restrictions regarding PEX installations.

For correctly installing the PEX tubing, the standard procedure is to fix it with special metal crimps and barbed fittings. They are then secured using a special crimp tool. Once crimped into place, the ring is checked by the installer, ensuring its correct diameter. The PEX pipes, being DIY-friendly, can also be installed using push-in fittings. It can also be conveniently cut using a tubing cutter, especially for PEX pipes.

The following are a few applications of PEX pipes: The following are a few of the most vital labeling to be found on PEX pipes:

How To Make PEX Connections

As discussed above, you will need the fittings and connections to exactly match the size of your PEX pipes. The following five methods are mainly followed to make connections watertight:

Are You Looking for a Plumber in San Diego?

San Diego Plumbing and Pipe Lining Company is San Diego’s most experienced plumbing and pipe lining team. They offer 24×7 emergency plumbing services and a video investigation of your plumbing that reveals your problems almost immediately. Apart from this, their services include sewer, gas, and water line repairs. 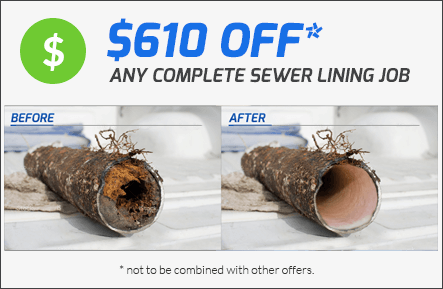